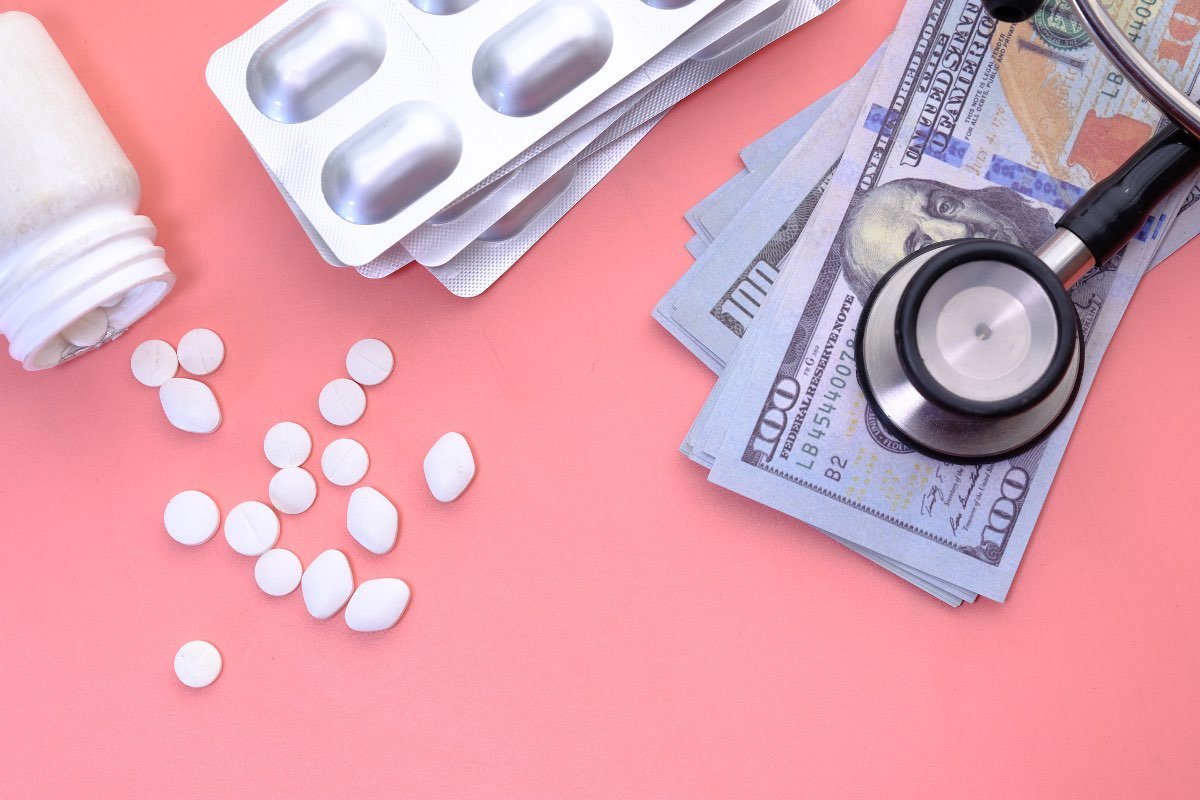 I’ve Been Plagued by Medical Debt for Years. Here’s What Happened When I Tried to Pay a $2 Medical Bill.

In the fall of 2021, I received a letter in the mail from a collection agency that had been enlisted to try to get me to pay a medical bill. The letter, signed by the “Director of Collections,” included a brief summary of my rights and (if I were a resident of NYC or one of the five states listed) the consumer protection resources that would be available to me.

The phone calls from the collection agency started around the same time. They were frequent calls, sometimes multiple times a day. They would leave messages about an “important business matter” or “questions about your account.” But anyone who has ever interacted with a debt collector can immediately identify these types of calls: They want money.

Collection notices for medical bills aren’t anything new for me. I have several serious health conditions and am also a stroke survivor. My children and I have had numerous surgeries and other major medical procedures, many of which occurred when we were uninsured. Some of those bills—and the “recovery agencies” trying to collect them—have haunted me for years.

But something was different about this bill: its size. The fortune this firm was hoping to collect if they could get me to pay up: a grand total of $2.57.

In this case, I would be able to come up with the amount they were seeking. I was optimistic that resolving this one would be relatively easy for once. It was not.

It took me a few weeks to get around to calling the collection agency back. They informed me that they no longer “owned” the debt and that it had been returned to the original creditor. I knew from the letter I’d received that the original bill was sent from a hospital I was very familiar with. Or a hospital conglomerate, I should say.

Our city’s only hospital is a local “branch” of a large medical network, and the main hospital in the network is located in a larger city about an hour away. Many of the specialists I see are also in that larger city, either within that big hospital or at one of its affiliated clinics, branches, or other facilities. In our town, this medical company has been gradually swallowing up many of the local health care facilities and providers. Most of the local physicians are now technically employees of this company, which also bought the town’s primary ambulance company.

This means that if you’re treated by a local doctor, receive care at a local facility, or are transported via ambulance anywhere in the area—or if you see any of the specialists based out of that large hospital network—there’s a good chance your bills will all bear one common name, and originate from one central location.

Which is why it wasn’t immediately obvious to me what this bill was for. All I knew was that it stemmed from “services provided” in September 2020.

Medical debt is an issue for many people in this country. According to Census figures, 19 percent of U.S. households carried medical debt in 2017. (It’s important to note that was pre-pandemic times; the numbers are likely quite a bit higher now.) Black and Hispanic households are hit particularly hard by medical debt.

Not surprisingly, the more health issues you have, the more likely you are to owe money for bills related to medical treatments. Roughly 31 percent of households with a member in fair or poor health had medical debt. It can cause significant financial fallout. By some estimates, more than two-thirds of all bankruptcies in this country are prompted at least in part by medical bills.

But medical debt can be damaging in a subtler way: Figuring out where it came from and how to pay it can be difficult from a purely logistical perspective. Even when you do have the means to settle up, medical billing is utterly perplexing and unfair to the patient, or maybe, rather, to the consumer.

I put the $2.57 bill on the back burner when the holidays approached. We were still in a pandemic, after all, and I was juggling work, family issues, a mix of chronic and newly emerging health issues (and the bills that went with them). I had more urgent priorities demanding my immediate attention.

Then in January, my mother got COVID and spent an agonizing three weeks suffering before she passed away in February.

I didn’t even think about the bill again until March, when I spotted one of the original collection notices in a pile of old mail. I thought I might be able to resolve it more quickly in person, so I went to the local branch hospital that bears the same name that was on the original bill. The woman couldn’t help me with the bill I was asking about, noting that it actually came from a different part of the conglomerate. (She did inform me that I have a different bill that just went into collections, and another one that was about to reach that point.)

I came home and logged into my patient portal. Clicking on the messaging section, I selected “billing inquiries” and sent a brief message with the details I had, asking how I could pay this bill. About a week later, I received a response saying they couldn’t help me and that I’d need to call the hospital billing department.

So I gave hospital billing a call. They had to go into a separate system to look far back— filtering past the “uncollectible” listings; apparently the collection agent had deemed it uncollectible—and were finally able to tell me that the bill is now with yet another collection agency.

Medical billing and the insurance approval/coordination process can be incredibly complicated and confusing. I’m convinced this is deliberate. It can be almost impossible for the average person to decipher medical bills and try to understand what they are responsible for paying, how much they really owe, and what (if anything) their insurance company is covering. Rather than shopping around before a procedure, or getting a price adjustment after one, patients can basically be forced to take responsibility for whatever sum is on the bill and move on.

Nobody I spoke to at the hospital or the collection agencies could tell me what small service, or fraction of a procedure not covered by insurance, the bill was actually for. Ironically, I now realize this could provide a way for me to resolve this without paying anything. By law, the collection agency must provide proof of the original debt if I dispute the bill within 30 days of being contacted by a debt collector. Since nobody can even seem to tell me what the charge is for, let alone how to fork over the handful of change, it seems unlikely that they would be able to provide verification of the debt by providing the original bill itself.

Finally, by cross-referencing the date of service listed on the collection notices with my calendar of past appointments, I was able to figure out on my own that it corresponds to the day I had a cardiologist appointment.

A few recent developments may offer a glimpse of hope to people like me who are plagued by medical debt. In April the White House announced a handful of measures that the administration says will help alleviate some of the burden of medical debt and also protect consumers against harmful or possibly illegal practices by medical providers and debt collectors.

That follows a joint announcement in March by the three major credit reporting agencies (TransUnion, Experian, and Equifax) disclosing some big changes to how medical debt collection data will be reported:

• As of July 1, 2022, paid medical collection debt is no longer included on consumer credit reports. On the same date, another change went into effect that extends the amount of time it will take for this debt to appear on your credit report (previously, the unpaid debt would need to be delinquent by six months—that will now be a year).

• As of the first half of 2023, medical debt collection accounts under $500 will no longer be included on consumer credit reports.

Meanwhile, I’ve been informed that my $2.57 medical bill has since been sold to yet another collection agency. They haven’t contacted me yet, but I am sure that will happen soon. I’ve tried calling the cardiologist’s office which I believe was the original source of the bill to see if I can just send them the payment, but they’re not sure if that’s possible at this point.

Some may wonder why I’ve spent this much time and energy worrying about such a small bill, especially since, in theory, it now won’t affect my credit. There are a few reasons why I was eager to resolve this. I’ve seen firsthand the ripple effect even a relatively small medical bill that goes to collections can have on your credit; though, in theory, that won’t be an issue soon thanks to the new changes. Years of dealing with creditors and debt collectors have made me skeptical, though, because I’ve seen them sometimes employ creative and not necessarily ethical tactics to work around these rules.

Even so, there are other reasons I’d like the bill gone. Unlike most of my past medical bills, this is one I can actually afford to pay. It would be nice to be able to wipe one off my slate for a change. Ending the calls and letters from the collectors pursuing this bill, once and for all, would be a bonus.

Since I have been unable to find a way to pay this debt and the process has been frustrating and time-consuming, I will now probably just have to let it go—though I have toyed with the idea of simply adding an extra $2.57 to the amount of the check I write when paying my co-pay fee at my next visit and letting them try to sort it out.

Bobbi Dempsey is a reporting fellow at the Economic Hardship Reporting Project and an editorial fellow at Community Change.