Detail from Fall River Study no. 1 by Isaiah Raines (courtesy of the artist)
Culture, Workers

A Museum for the Working Class

Hulking granite mills tower over the city of Fall River, some fifty miles south of Boston, as a lingering reminder of its industrial history. The weathered buildings were infamous for cruel labor conditions back when Fall River led the country in cloth production. The Fall River Museum of Contemporary Art has occupied the ground floor of one such mill, which still operates as a textiles manufacturer; with factory workers sewing upstairs, it’s an unlikely place for an art museum. That’s exactly why it’s there.

When I first visited in the fall of 2021, I parked next to the VFW hall beside FR MoCA and met with its founders, Brittni Ann Harvey and Harry Gould Harvey IV. The couple, who are in their early thirties, met as teenagers attending punk shows at that same VFW. Now their art is exhibited at prestigious galleries in New York, but they hold ambivalent feelings about this prestige—and its associated social mobility. So they choose to live and work in Fall River, close to their families. The museum, which opened in 2020, exists in the hatchway the artists have carved out for themselves between the art world and home.

The Harveys might have named their non-collecting art nonprofit the “Fall River Gallery,” but “museum” conveys institutional heft. Plus, the word hints at how, through their curation, they playfully subvert the traditional gatekeeping of the art world. Conceived as a “museum,” FR MoCA reveals where typical art institutions fall short.

Art museums, while ostensibly for the public, cater to the tastes of the wealthy, especially major donors with sway over programming and exhibited work. Operating at a small scale, FR MoCA, modestly funded with state art grants and support from local businesses—including the owner of a Portuguese food emporium across the street—has a grassroots ethos. The project demonstrates that art is not exclusive to the sons and daughters of capital; artists and art workers come from communities like Fall River, too. And their work has context and history. Art has long existed here, the Harveys are quick to point out, citing as an example the mill worker and artist Robert Spear Dunning, who began the Fall River school of still-life painting.

When I first visited the museum, there were photographs, boiler inspection tools, and souvenirs from the Fall River Line steamboat company on display in the hallway entrance. On loan from the maritime museum, the artifacts highlighted the disparities between the lives of the workers below the decks and the Gilded Age robber barons who would ride between their residences in Newport, Rhode Island, and Manhattan. Inside the exhibition space were vibrant yet quietly affecting works by the late artist Kathleen White, including her “Love Letters” series of abstract paintings in lusty colors and her Play-Dohbright “Car” sculptures molded into faintly recognizable vehicular formations. She was closely associated with Nan Goldin and the downtown scene of the 1980s and ’90s, but crucially, for the purpose of this exhibition, White grew up in Fall River. Her grandfather was a Fall River Line captain. Exhibited here, in her hometown, one could sense the origins of White’s humble brilliance.

“Rendering truth” is how Harry summarizes the FR MoCA mission, referencing a Lonnie Holley song title. To Harry, it means the “emancipation” and utopias that emerge when art is produced with integrity. It’s a phrase he uses regularly as a synonym for art or artmaking, for the perspective an artist shares outside any sort of market logic or transaction. In a sense, the rendered truth of FR MoCA is the roots it seeks to establish. Exhibited artists either come from the area or their work engages with the city. The regional focus, in this plainly unfancy old mill town, means that labor is an evident through line. The historical context the Harveys develop as curators—displaying mill-worker still-life painters alongside contemporary artists—offers a place for working-class art without tokenizing or empty gestures of representation.

The idea for the museum came to the Harveys shortly after the death of Harry’s mother. Harry contrasts her generosity in life—her offer that “no matter what, if you needed a place, if you needed a plate, you could come over,” as he put it—with the deprivation of her last years: no health insurance, living in a trailer, crushing medical debt. Harry learned his mother had a brain aneurysm just as he landed at Logan Airport following Art Basel in Miami. Grieving after attending parties with “that upper echelon” was a jarring experience, and it led the Harveys to reflect on who they are in community with as artists and as people.

FR MoCA attracts audiences who aren’t typically art-goers, including Harry and Brittni’s families. Once, as Harry recalls, his stepmother arrived at an opening and shouted to him in her thick Fall River accent, “There’s the number-one stunner!” Harry was talking to the mayor. It’s an example he points to as a reprieve from art snobbery and the pressure to compartmentalize facets of his life. Elsewhere, at another art space, he says, “I might be kind of ostracized.”

Perhaps the audience’s interest and engagement will stop after the novelty of FR MoCA fades, but that’s for people in Fall River to decide. Ultimately, the founders intend for the space to serve as a beacon for local artists with talent and ambition but without guaranteed steamboat rides to the art world. What motivates the Harveys is the possibility they might offer access and opportunity to the next Kathleen White.

One of the artists they met through their community outreach is Isaiah Raines, now a student in his sophomore year at the Rhode Island School of Design. Raines applied to the elite art school on a lark and was reluctant to enroll, but the Harveys convinced him that, he recalls, “not many people from Fall River are going to get this opportunity. So every time one of us does have that opportunity, we have to take it.” RISD claims to have promoted racial diversity in the student body in recent years, but Raines, who is Black, said that many of the other Black students tend to come “from the suburbs and are also from private schools,” like the majority of the white student body. He senses their sheltered backgrounds in the art they produce; as is true of Raines’s own practice, he believes that art is closely entwined with where one is from. His figurative paintings depict old mills and scenes from the highway to Providence. In a watercolor of a “struggle meal” Raines painted in the tradition of still life, light reflects from a bottle of water and the glaze of sliced hotdog and beans shine like fresh fruit.

For the practical nuts and bolts of art making—“how to show my work, how to talk to gallery owners, how galleries work, how to talk to collectors”—Raines has turned to Harry and Brittni, who are familiar with navigating the chasm between Fall River and wealthy art publics. Brittni, represented by the Tribeca gallery Someday, is best known for her “robot dogs” sculpture series that blends textiles and metal work. With sinewy posture and intricate handmade details, these motionless pieces convey a living quality that undermines the Boston Dynamics– engineered militarized nightmares of the same name. Brittni grew up in a trailer park and attended community college, later transferring to the University of Rhode Island. One of her professors at URI also taught at RISD. “Do you think I could get in?” Brittni asked her. The professor wrote a recommendation letter and she was accepted. She remembers having no prior understanding of nepotism or recommendation letters or that college admissions are “not all merit.” RISD was a “culture shock” for Brittni, just as it has been for Raines. She felt alienated both by classmates and faculty members seemingly oblivious to everyday workingclass realities, such as that a college student might also hold a full-time job.

Harry, who dropped out of high school, came to art through “graffiti and punk.” He taught himself photography to capture the street art and music communities in Fall River. By eighteen, he was living in his car in Brooklyn and talking his way into photo assignments with magazines like Bloomberg Businessweek and the Fader. His art, which has been exhibited at the New Museum and profiled in Art21, riffs on ecclesiastical elements and regional class divisions through manically inked drawings, wood salvaged from Newport mansions, and sculptures dripping in red wax. Looking at his work, I’m transported back to the damp porches, messy sketchbooks, and Catholic church spires of my childhood in another hardscrabble New England city. Harry’s working on a rare wavelength: the art is grandiloquent in style but meets you at eye level.

That’s what I’d come looking for at FR MoCA, which called out to me like a beacon. It’s absent the foolish elitism and obvious hypocrisies—the BlackRock executive board members, the trust-fund Ivy Leaguers proclaiming their art is an anticapitalist intervention—that often make contemporary art experiences unpleasant. While I’m not sure I completely follow what Harry means by “rendered truth,” there’s still something indubitable about the place. None of it is in service to American aristocracy; the class politics here are lived rather than simply aesthetic. Whether it’s sustainable is another question (one every arts organization faces). When I last spoke to the Harveys, they were looking for a new exhibition space. Wherever they end up, in its present capacity, FR MoCA has teeth.

The nearby city of Newport is a reoccurring theme in Harry’s art. He worked stints as a welder on some of its more lavish estates. When he was nineteen, inspired by Occupy Wall Street, he staged a photo series with young people in ski masks loafing around the historic properties. That series caught the attention of art blogs and curators, leading to exhibition opportunities. Newport, to Harry, represents “hundreds of years of laborers suffering under the iron fist of these irresponsible families,” including Harry Whitney and Gertrude Vanderbilt Whitney, of the Breakers mansion and the Whitney Museum. These families could “start the American museum,” Harry said, “because they destroyed worlds beneath them.”

In recent years, Newport has resurfaced as a hotspot for the new generation of robber barons. Tech entrepreneur Larry Ellison, the seventh-richest man in the world and cofounder of Oracle, bought up four Newport estates including Beechwood, an Italianate mansion that once belonged to the Astors. I mentioned to Harry that Ellison is turning one of the estates into an art museum inspired by the Frick Collection, a New York museum founded by the industrialist Henry Clay Frick.

“I worked on that project as a teenager,” Harry said. He had labored with the foundry, all to transform a billionaire’s mansion into a vanity museum. “It’s funny, because I run a museum now.” 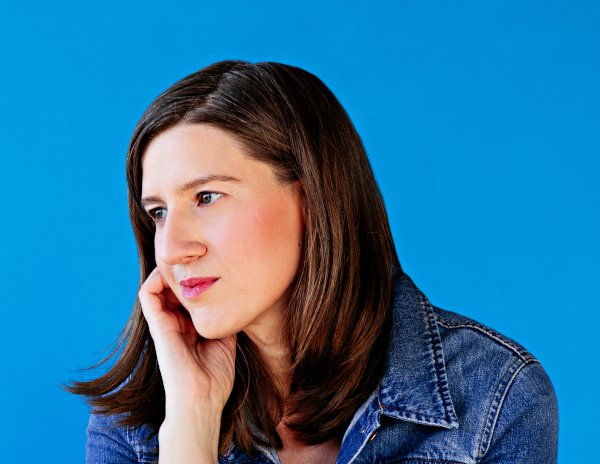